How to Survive a Bad Day At Work 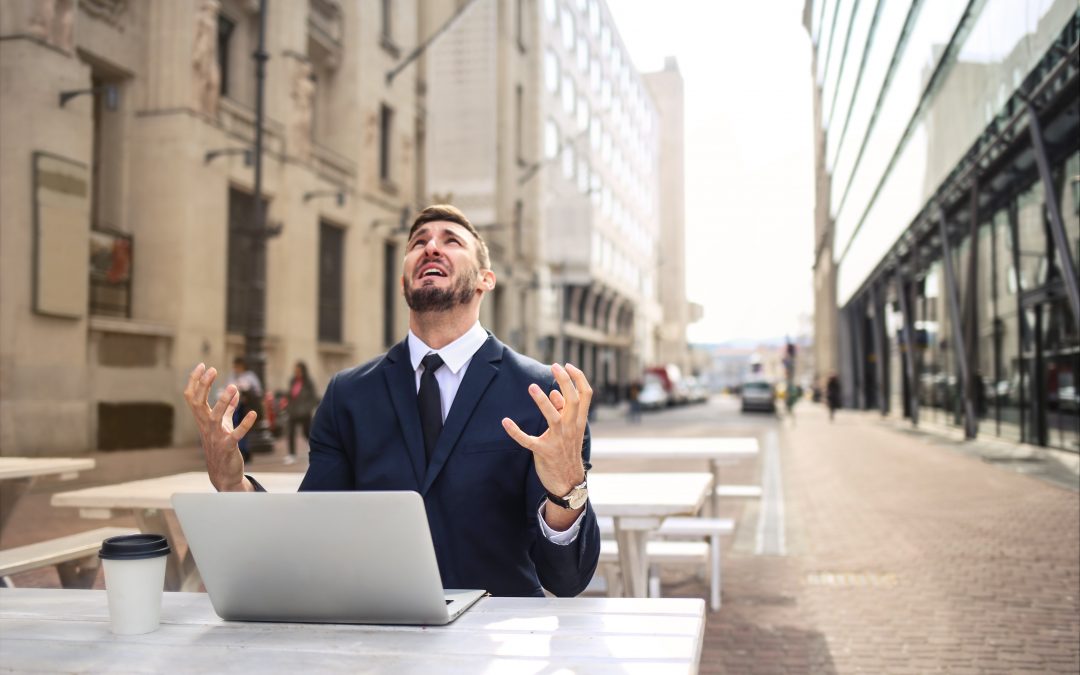 Have you ever been the target of aggressive, angry behavior? Did it catch you off guard? Stress brings out the worst in people, and it gets passed down from one person to another. Their energy, their stress, and their negativity become their comfort zone. Stress creeps in and spreads through our daily interactions. It prevents us from being fully present, empathetic, better listeners, and effective leaders. How many times in the last week have you felt misunderstood, dismissed, or unheard?

Workplace culture, fear of failure, feelings of inadequacy, and instability all affect your ability to be present. When you’re surrounded by so much negativity, it’s hard to live life to the fullest, and to be able to make courageous decisions to realize your best future.

William was a successful businessperson. He created a remarkable reputation for himself in his local community, workplace, and amongst his peers. He was outwardly capable, but inwardly torn apart by a parasite that affects all of us.

His role morphed into a position that he no longer enjoyed. He felt inadequate and incapable of doing a job that his leaders pushed him to do. His professional goals didn’t align with his boss’s goals. He hadn’t secured the role he wanted in his company and ended up doing a job he hated. His boss allocated him the role and pressured him to perform. His dream position just wasn’t available. William felt that jumping into the unknown was risky but seemed easier than disputing his boss’ decision. He feared losing his job, and had sleepless nights worrying about his financial stability. As hard as he tried, it also began to affect his family life.

You Are Your Own Cage

The biggest barriers to people’s careers are their own thoughts and emotions.

In just the past few weeks, I’ve spoken with powerful business people with some major blockages:

These barriers destroy our emotional, mental, and physical freedom.

How Does It Happen?

When you are too dependent upon others for approval, these attachments stop you from freeing yourself towards healthier and bolder choices. Some people crave their boss’ approval so they can get promoted. Some people focus too much on their job for fear of being unable to pay the bills and support their family. Others are reliant on their own identity archetype, whether it’s an attitude of victimhood, or an obsession with being the best.

Living in a state of fear is like bracing yourself for a crash that doesn’t happen. You hold onto your seat, teeth clenched, and your heart beats faster as you waiver back and forth in uncertainty and fear.

Whether you’ve realized it or not, when you experience these emotions, your body tenses up and you’re not yourself. You use an all or nothing mentality and start to fight for your survival. Your mentality starts to affect others. You start asking others to prove their worth, prove that their business ideas are valid, and prove that they have what it takes – all because you don’t believe you’re good enough, yourself. You become defensive. You get offensive. You start to question others – as others have questioned you. You stay angry at what others have done to you. You feel powerless to change your own circumstances. Your mind goes into worst case scenario situations, and it gets overwhelming.

In the context of our current political climate, here are some words of wisdom: “When they go low, we go high. And it isn’t always easy.” (Michelle Obama)

I teach people how to become the masters of their own personal empowerment and raise their consciousness. I work with them on ways to be less reactive to circumstances that trigger their need to retreat, protect and to defend themselves. I show them how to avoid staying in that place for too long, because growth and freedom requires us to be able to act on other emotional resources that are more expansive and liberating.  I help them rediscover their ability to cope, create, lead with inspiration, influence others, empathize, connect, show compassion, and create synergy.

You may already know this – but you are not always conscious of your mental and emotional states. You know when you feel distressed, you know when your blood is boiling, and you know when someone upsets you. You may, however, not always be aware of your subtler emotions. It’ll help you to learn to process and expand on these experiences, so they can begin to serve you, rather than harm you.

Why are workplaces caring more about emotional intelligence, empathy, and one’s ability to lead from a place of compassion and mindfulness?

We have all witnessed various workplace behaviors that are less than optimal or effective.

When you’re too wrapped up in your own politics, internal culture, and issues, you need external help. You need an external coach or consultant who can tie your organization’s best interest with a new and fresh perspective.

“When lows have gone to new lows, how do you remain high, and not appear to be passive, and not lose your equilibrium?” (Oprah Winfrey)

Here are some of the behaviors I have seen in my clients who have faced feelings of competition, instability, insecurity, or incapability:

As an individual, you stay busy, you stay distracted, you stay feeling productive. In reality, you are following the path of least resistance, and you’ll end up feeling unfulfilled, drained and tired. You do EVERYTHING that helps you feel more supported, more credible, more worthy, but still feel inadequate. You build up your credibility, you get extra credentials, but when it comes down to making that leap, you still feel inadequate. Why?

You didn’t address the deeper fear. You took action towards things that made you feel safer, but in reality if you never believed yourself to be competent or able on a deeper level, no amount of “proof” will address your deeper feelings of insecurity or instability. Everything we desire, takes some level of courage, or else it would not be worth doing.

Are you ready to lean into fearlessness?

You deserve more than you’ve signed yourself up for, and I’m here to help you go beyond your current reality. You’re worth the time, the effort, and the energy required to make your future better. You’re powerful, capable, and insightful. You’ve just forgotten that side of yourself.